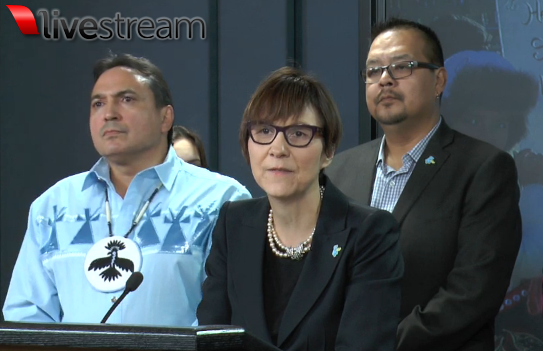 Click on the image above to watch the achived webcast

The Canadian Human Rights Tribunal is expected to release its decision on the First Nation child discrimination case before January 29, 2016.  This case has the potential to be the first time in Canadian history that the federal government has been held accountable for its treatment of First Nations children before a legal body that can order a binding remedy.

The AFN and the First Nations Child and Family Caring Society jointly filed a complaint in February 2007 alleging the provision of First Nations child and family services by the Department of Indian and Northern Affairs was flawed, inequitable and thus discriminatory under the Canadian Human Rights Act.  The joint complaint states that the Government of Canada has a longstanding pattern of providing unequal funding for child welfare services for First Nations children on reserves compared to non-Aboriginal children, resulting in inequitable services.  The impacts are many, including the staggering statistic that there are more First Nations children in care today than at the height of the residential schools system.  Hearings took place between February 2013 and October 2014 involving 25 witnesses and more than 500 documents filed as evidence.