Indigenous women and girls are five times more likely to experience violence than any other population in Canada and this violence tends to result in more serious harm.

The Assembly of First Nations (AFN) Women’s Council is hosting a series of regional engagement sessions to help develop a First Nations National Action Plan to End Violence Against Indigenous Women, Girls and 2SLGBTQQIA People. This process is a First Nations-led process that is designed using a families’ first principle and trauma informed approach.

Through resolution and the direction of First Nations, the AFN has been mandated to address the critical situation of violence, disappearance, and murder of First Nations women and girls.  This is an area of utmost priority and the AFN continues to take all avenues to pursue implementation of a National Action Plan to End Violence.

Families of missing and murdered Indigenous women and girls met with participants of the 2016 National Roundtable at a separate gathering yesterday to discuss directly with provincial and territorial leaders their recommendations for achieving justice and ending violence.

Ontario Premier Kathleen Wynne provided an update on the Canada-wide prevention and awareness campaign committed to at the 2015 National Roundtable.

Federal Ministers Jody Wilson-Raybould, Dr. Carolyn Bennett and Patty Hajdu provided an update on the engagement process and planning for a National Inquiry on missing and murdered Indigenous women and girls.  Participants shared their support for a National Inquiry and views on how to best engage and reflect regional interests and perspectives.

All participants want to acknowledge the excellent work accomplished at the 2016 Justice Practitioners’ Summit, and will work to examine all of the recommendations contained within the report. The Summit gathered together nearly two hundred participants from across Canada representing experts and practitioners in three key sectors: victim services; policing; and prosecutions.

Roundtable participants expressed support for ongoing efforts among all governments and organizations engaged in ending violence against Indigenous women and girls.

View the full list of participants to the 2016 National Roundtable on MMIWG here.

A Peoples’ Gathering will took place at Carleton University on February 27, to provide a public venue for discussions and recommendations for action to prevent and end violence against Indigenous women and girls. 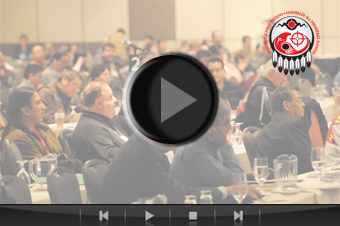